A lumbar discectomy describes a surgical procedure that removes the discs of the spine that are causing you pain and functional difficulties. The surgery can be performed as minimally invasive, smaller incision or as “open” back surgery. No surgery is “easier.” Less invasive simply means the surgical wound is not as large, the surgical procedure itself, whether open or minimally invasive is still the same. Part of the vertebrae, the lamina has to be cut away so the surgeon can access the bulging, herniated disc. Once there, nerves have to be gently set aside. Then the disc or discs in a multi-level procedure can be cut away. Your surgeon may decide to perform a spinal fusion as well if he/she feels that spine will become too unstable because of the surgery. Then plates, screws and bone graft will be introduced to fuse two vertebrae together.

This type of surgery is usually considered after a long bout of conservative care treatments and in patients who do physically demanding work or have spinal hypermobility and significant instability. The patients may have displayed symptoms of:

Typically however, surgery is usually delayed as long as possible, except in situations where the patient has lost bladder control or there are other significant neurological defects.

A September 2021 study (1) suggests that “Although minimally invasive techniques have some advantages over the open techniques in the peri-operative factors  (hospital admission, anesthesia, surgical prep), all the techniques are effective and provide similar pain relief and functional outcomes at the end of two years. There were minor differences in incidence of complications between techniques.”

Returning to work after surgery

A September 2021 study (2) examine the length of time it took patients who underwent elective lumbar surgery to return to work. The study authors noted: “Time to return to work after elective lumbar spine surgery is variable and dependent on many factors including patient, work-related, and surgical factors.” To assess results the researchers examined data of patient outcomes for the following procedures:

Then they assessed the percentage of patients who returned to work and the time to return to work postoperatively.

Those who did not return to work: 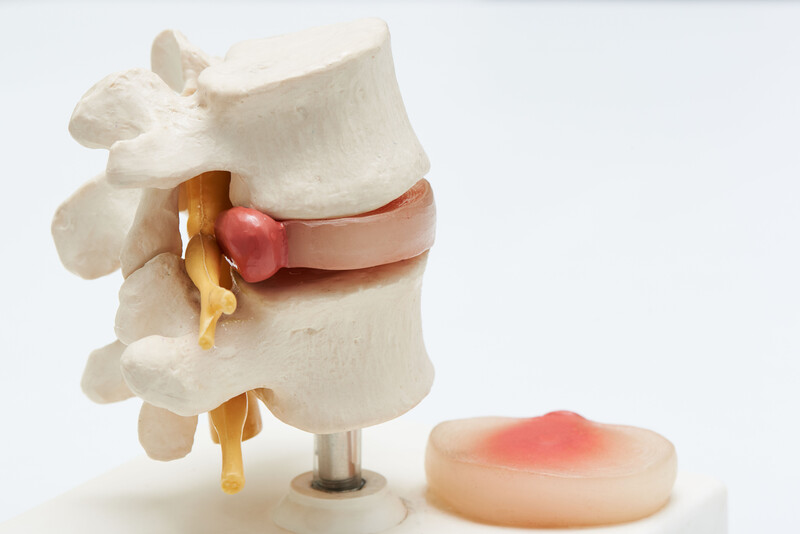 82% eventually get back to work

An August 2021 study (3) focused on the fusion aspect of surgery and the longer delay to get back to work. There research in over 5000 patient outcomes suggested:

A February 2022 paper (10) described the idea that athletes make a full recovery and return to previously to sport after discectomy debatable. In this paper the researchers wrote: “The treatment of Lumbar Disc Herniation in elite athletes is a debated topic that lacks consensus in the literature due to varying outcome reporting methods. The objective of this study was to quantify the overall performance of a sample of professional athletes before and after receiving a lumbar discectomy or microdiscectomy in a cohort of players in the National Football League (NFL), National Basketball Association (NBA), National Hockey League (NHL) and Major League Baseball (MLB).”

“Based on these results, the average performance of most elite athletes are likely to decrease after undergoing a lumbar discectomy. Although it appears that performance peaks in the initial years after the operation for some players, there was an overall long-term decline in this sample of elite athletes.”

To do this, the medical records of  816 consecutive patients with lumbar disk herniation who underwent lumbar discectomy were examined. Patients were followed up postoperatively for more than 5 years. Patients were divided into 3 groups;

What the researchers found was patients who had traumatic spinal injury before surgery, were overweight, or suffered a traumatic spinal injury after surgery (such as those that can occur during workout, sports, or physically demanding lines of work)  were at higher risk for recurrence of lumbar disk herniation. The doctors here suggested that “to reduce the risk of recurrence of lumbar disk herniation, patients with these risk factors should receive more attention during surgical interventions. The patients should avoid gaining weight and potential traumatic accidents.”

Another March 2022 study (7) assessed risk factors for poor outcomes following minimally invasive discectomy. In this study, patients were divided into satisfied and dissatisfied subgroups based on function, back and leg pain scores.

Why the microdiscectomy fails

In February 2022 (9) researchers suggested that discectomy decreases facet joint distance and increases the instability of the spine. This is what they wrote: “Although the surgical gold standard for treating Lumbar disc herniation is well established, consequences from this surgery on the biomechanics of the spine are still a matter of discussion. Using a finite element model of the L4-L5 spinal segment, this study aimed (1) to determine the changes in facet joint distance during physiological motions of a lumbar spine in a healthy-normal condition, after conservative and aggressive percutaneous transforaminal endoscopic discectomy (PTED) to correct lumbar disc herniation, and during mild and severe (disk degeneration); (2) to determine spine instability and endplate stresses under various physiological motions. Aggressive-percutaneous transforaminal endoscopic discectomy in a healthy disc decreased facet distances in axial rotation, lateral bending, and flexion . Mild and severe disc degeneration increased the stiffness of the spine, resulting in a decrease in the range of motion (ROM) for all conditions. Severe disc degeneration decreased ROM as high as 57% for lateral bending, while a 13% decrease was observed for mild degeneration. High and abnormal endplate stress distributions were observed due to percutaneous transforaminal endoscopic discectomy and (disk degeneration).

A July 2022 paper (14) attempted to suggest a standard criteria for evaluating the risk of recurrent disk herniation following surgical repair. To do this, researchers investigated the predictive values of five presurgical imaging parameters.

A February 2022 study (8) questioned microdiscectomy for sciatica pain and assessed the long-term surgical treatment effects, suggesting that previously reported outcomes may not accurately represent true outcomes and patient complications may be more prevalent. What the researchers wrote: “It remains unclear whether the long-term results of (random control trials) regarding the outcome of microdiscectomy for lumbosacral radicular syndrome (LSRS) are generalizable (meaning accurate for all sciatic pain sufferers). The purpose of this study was to determine the external validity of the outcome presented in random control trials after microdiscectomy for lumbosacral radicular syndrome (LSRS) in a patient group from a high-volume spine center.

Radicular pain improves but not the back pain

Research (4) suggests that “evidence comparing the effectiveness of surgical and conservative treatment of symptomatic lumbar disc herniation is controversial. (While) surgical treatment patients reported less back pain at six weeks than those receiving conservative therapy, were more likely to report more than a 50% decrease in back pain symptoms from baseline to 6 weeks and reported less physical function disability at 52 weeks. The other assessments showed minimal between-group differences with conservative care group, including the null effect (that surgery was not better than conservative care was not an expected result).

Conclusions: “Compared with conservative therapy, surgical treatment provided faster relief from back pain symptoms in patients with lumbar disc herniation, but did not show a benefit over conservative treatment in midterm and long-term follow-up.”

In a May 2019 study (5) that was published in the Journal of bone and mineral research plus, investigators suggested:  “Currently, there are many treatments/interventions for discogenic back pain. Nevertheless, many surgical approaches for discogenic pain have limited efficacy, thus accentuating the need for the development of novel treatments. Regenerative therapies, such as biologics, cell-based therapy, intervertebral disc repair, and gene-based therapy, offer the most promise and have many advantages over current therapies.”

You can explore these options in my companion articles below or email me.

My MRI is suggesting back surgery