Knee pain is one of the most common problems we see at our institute. When it comes to a more active individual, there can be many knee pain causes. One possible cause is Iliotibial band syndrome or more often referred to as IT band syndrome. It is also commonly referred to by patients as “pain on the outside of my knee.” The people I see with this problem are usually long distance runners and those who are starting up a very aggressive exercise routine and they overdo it.

The pain of IT band syndrome is very familiar to those who have it and those who treat it. It is usually located not only on the outside of the knee but on the length of the the outer thigh from hip to knee. What causes this pain? As just mentioned, overuse injury especially in distance running and over doing it when you start a new exercise program. As you bend your knee, the IT band at its attachment at the shin bone can impinge or trap soft tissue beneath it causing pain. The friction of rubbing against this soft tissue can also thin out and wear away at the Iliotibial band itself.

So what do you do if you have IT band syndrome?

Your doctor may have already recommended to you that you:

If all this does not work then you may get a recommendation for a cortisone injection. If the cortisone does not help. You may be told to consider a surgery. 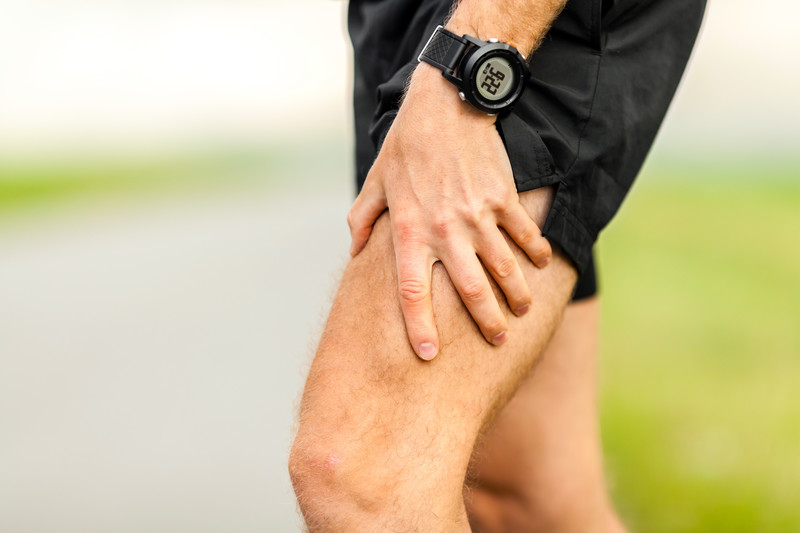 A July 2021 (1) study suggested that a maligned patella could be the culprit in iliotibial band syndrome. The points made in this study were:

A 2014 study in The American journal of sports medicine (3) offered these results and assessments:

Surgery and conservative care for IT band syndrome

An August 2020 study (5) tried to compare conservative treatments to surgical treatments for IT Band syndrome. Because of limited comparison studies an overall outcome recommendation could not be given. However, the researchers said that the most important finding of their study was that, at short-term follow-up time, conservative therapy for distal IT Band syndrome appeared to reduce pain, and surgical therapy (open, arthroscopic) was effective in returning the athletes to their sport. But, there was severe literature inconsistency and low quality of evidence on the outcomes following both the nonoperative and operative management of IT Band syndrome in active individuals, including non-running athletes. That is why they could not make a firm recommendation. In essence the researchers noted that treatment of IT Band Syndrome was mostly empirical and dependent on the doctor or surgeon seeing the patient. If you decided to go to surgeon, it is likely that you will be prescribed the conservative care options above until they did not work, then you would be recommended to the surgery.

According to the researchers, the principles of surgical management for distal IT Band syndrome are based on cutting away the inflamed part of the IT Band to reduce the athlete’s pain and to prevent the the IT Band from rubbing against the bone. However, since the IT Band has been shown to contribute to the rotational stability of the knee, the surgeon should be careful with the amount of tissue excised in order to avoid compromising the function of the knee joint postoperatively.

PRP treatments involve collecting a small amount of your blood and spinning it in a centrifuge to separate the platelets from the red cells. The collected platelets are then injected back into the injured area to stimulate healing and regeneration. PRP puts specific components in the blood to work. Blood is made up of four main components; plasma, red blood cells, white blood cells, and platelets. Each part plays a role in keeping your body functioning properly. Platelets act as wound and injury healers. They are first on the scene at an injury, clotting to stop any bleeding and immediately helping to regenerate new tissue in the wounded area.

We use PRP for numerous musculoskeletal disorders and there is a lot of research, including that published by our office which supports the use of PRP injections for problems such as IT Band Syndrome. However, there is little published research in regard to PRP specifically treating IT Band syndrome. As the IT Band is connected at the hip and the knee there is indirect evidence that PRP treatments can help IT Band syndrome by treating Greater Trochanter pain and knee problems cause by patellar tendinopathy and patella cartilage breakdown which something co-exists with IT Band syndrome.

Pain at the IT Band and the hip

The iliotibial band can cause hip pain, either through damage to itself or by causing an impingement of the gluteal tendons and hip bursa at the greater trochanter by the iliotibial band (ITB) as the hip moves into adduction, as when you lift your leg to the side.

In my article PRP treatments for hip bursitis and Greater trochanteric pain syndrome, I note:

The IT Band can be even more complicated

The problems described above are general overviews. When you get into actual patient stories, things can get much more complicated. Often our office will get contacted by someone who has a lot of issues and the IT Band being one of the many factors. A more typical email will tell us about knee and hip pain. The knee pain surrounds the patella and one of the many problems of maltracking or a patella out of groove. The same side hip will make snapping and clicking noises and create pain at the IT Band attachment. Back pain will creep in and despite physical therapy, exercise and any number of things you can buy on the internet as a self-help apparatus, nothing helps. From here the pain now creep into the groin. If this sounds like you. Send me an email so we can assess your candidacy for our treatments.