Do you need ACL reconstruction surgery? Can you play without the surgery?

The problems of ACL reconstruction surgery are many. So much so that surgeons are now exploring new surgical options. In the medical journal Knee, August 2017, doctors discuss the resurgence of interest in primary anterior cruciate ligament (ACL) repair.(1) This is a surgery that will attempt to fix the remnant or remaining ACL with what is left behind. This of course as opposed to using transplanted material to reconstruct the ligament. The first benefit of the primary ACL repair is that this procedure is less invasive than ACL reconstruction. An ACL that can be repaired usually does not need tunnels drilled in bone to thread the ACL graft and screws to hold them down. However, one must remember that the reason transplant became popular was because the primary repair really did not work that well.

So to take this idea one step further, how do you make the surgery more successful? in December 2019, a study from the Mayo Clinic (2) suggested that stem cell therapy may offer a viable enhancement to post-surgical ACL reconstruction repair. They write, “improved outcomes spanning from higher patient-reported outcome scores to magnetic resonance imaging evidence of ligament healing in the setting of anterior cruciate ligament tears.”

The idea of improvement to surgery is expressed in many patients we see for ACL tears and knee problems who are unfortunately on their second or even third ACL reconstruction surgery recommendation. They are weighing their options knowing already what a surgery and rehabilitation will be like. For them the appeal of surgery has lost some luster.

You may not need ACL reconstruction

How many times do I say to a patient, “You may not need ACL reconstruction.” How many times do I hear back, “I have a complete rupture, how can I play sports again?” Perhaps nothing is as sacrilegious to these athletes as the notion that they do not need surgery. One of the arguments opponents have to regenerative medicine is the “complete rupture,” argument preventing return to sports.

Orthopedic surgeons working at some of Turkey’s leading sports medical centers released a paper published in December 2017. (3) Here is what they discovered:

“Our data suggest that early surgical reconstruction may not be a prerequisite to returning to recreational physical activities after injury in patients with ACL tears.”

How did they get to this conclusion?

“Whether surgical or conservative treatment is more effective in allowing patients to return to physical activity after anterior cruciate ligament (ACL) injury is controversial. We sought to compare mid-term outcome measures between isolated ACL tear patients who underwent reconstruction followed by closed kinetic chain exercises and those who underwent neuromuscular training only.”

“We retrospectively evaluated patients with ACL tears who underwent post-surgery closed kinetic chain strength training after ACL reconstruction (Group A), and patients who only underwent neuromuscular training (Group B) with a minimum follow-up time of 5 years. Surgical techniques, rehabilitation, assessment of subjective knee function, one-leg hop test, assessment of joint position sense, muscle strength, and the health profile of the patient were evaluated.”

CONCLUSION: “Our data suggest that early surgical reconstruction may not be a prerequisite to returning to recreational physical activities after injury in patients with ACL tears.”

In 2019 a study from Oxford University (4) gave arguments for rehabilitation as first-line treatment in ACL rupture. They wrote that the three main treatment options for ACL rupture are

So non-surgical treatment can be an option if functional stability can be maintained. I will discuss this further later in this article.

When does a partial tear of the ACL eventually become a full rupture?

In this study a total of 41 patients, all younger than 30 years and active in sports, were diagnosed with a partial ACL tear, with no associated meniscal or chondral lesions on magnetic resonance imaging (MRI). All were assigned to a nonoperative treatment program.

You already had the ACL reconstruction surgery and your knee is not as strong as you thought? Now what?

You are not alone in asking, doctors are asking the same thing. Now what?

Doctors at the University of Pittsburgh (6) say that despite abundant biological, biomechanical, and clinical research, return to sport after anterior cruciate ligament (ACL) injury remains a significant challenge.

Doctors in Australia asked: How do people with knee symptoms describe their quality of life and experiences 5 to 20 years after anterior cruciate ligament reconstruction? What factors impact upon the quality of life of these people?

Here is what the patients told them as recorded in the Archives of orthopaedic and trauma surgery (7) Four consistent themes emerged from the interviews as common determinants of quality of life following ACL reconstruction: physical activity preferences; lifestyle modifications; adaptation and acceptance; and fear of re-injury.

Here is the reality of it all – knee problems continued well after the ACL Reconstruction.

How about the professional athletes? They come back all the time from ACL reconstruction – don’t they?

Some do yes. Doctors at New York University (8) examined National Basketball Association players (NBA) to see what type of impact ACL reconstruction had on their careers. At the forefront non-professional athletes need to understand that these players have huge medical and training resources behind them. Even with these resources – here is what the NYU doctors found:

CONCLUSIONS:
There is a high rate of return to sport in the NBA following ACL reconstruction, although playing time, games played, player efficiency ratings and career lengths are significantly impacted in the post-operative period.

Interestingly, the unstable surgically repaired ACL has the potential to heal upon intensive non-surgical rehabilitation procedures.

In the research above, none of the studies mentions stem cells or blood platelets as remedy for knee instability. Researchers have noted that these biological factors influence the healing process as local intraligamentous cytokines (healing growth factors within the ligament) and by mainly cell repair mechanisms controlled by stem cells or progenitor cells (a cell that can morph itself into something else that aids in repair). The researchers conclude: “Understanding the mechanisms of this regeneration process and the cells involved may pave the way for novel, less invasive and biology-based strategies for ACL repair.”(7)

How does an ACL heal? Is it all about blood?

Understanding how an ACL heals – even a complete rupture has lead doctors to continuously look at bio-materials – blood platelets and stem cells. One of the things they look at is “Scaffolding.” This is a surgical procedure where a cartilage patch is placed over a cartilage defect and them “pasted in with PRP or stem cell gel.” However in some instances the body may make its own scaffolding out of pooled blood and use this blood as the foundation to regenerate a ligament – even a complete ruptured ACL.

Doctors shared a case history (9) of a 12 year old boy who grievously injured his knee after being hit by a car – the boy was also a high level hockey player. What makes this story so amazing is that the knee damage was so severe in regard to broken bones, that an ACL reconstruction surgery had to be postponed until the other damaged healed. When doctors went in 14 months later to start the processes of ACL reconstruction, they found a completely regenerated ACL. The attending doctors point out that the body of evidence says that this should not have happened. The medical literature states a completely ruptured ACL does not heal because blood and healing cells cannot reach it.

Yet, their patient with traumatic knee injury with multiple ruptured ligaments healed over the course of 20 months.

It is likely that bracing associated with the patient’s second surgery and delayed union of his tibial fracture allowed healing tissue to be protected from excessive stress until it remodeled with sufficient strength. It is possible that intra-articular scar formation contributed to his healing capacity. (Possibly the blood scaffold.) At age 14 the boy returned to playing competitive hockey – and two and a half years later – still playing with no adverse effects to his knee. 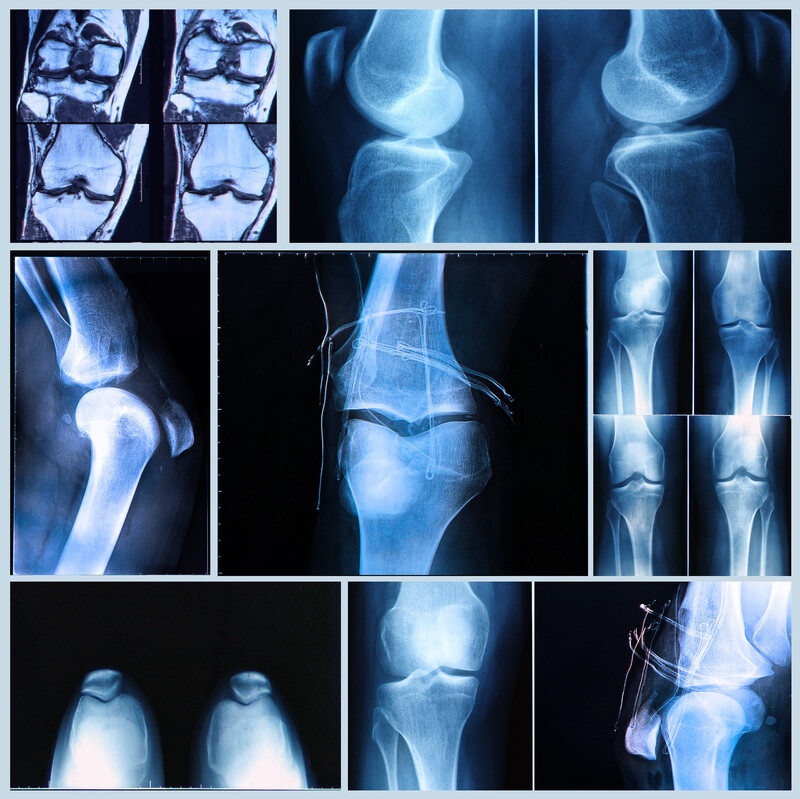 In the above scenarios and in the surgical procedure, the common factor in ACL healing is time.

​However many active people do not have the time to rehab. This lack of patience creates more patients. In Anterior cruciate ligament reconstruction the overall incidence rate of having to go through it again within 24 months is 6 times greater than incidences of first time ACL tear. That was research presented at the American Orthopaedic Society for Sports Medicine’s (AOSSM) Annual Meeting 2013.

The doctors found that female athletes after Anterior cruciate ligament reconstruction demonstrated more than four times greater rate of injury within 24 months than their healthy counterparts.

Researchers looked at 78 patients (59 female, 19 male) between 10 and 25 years old, who underwent Anterior cruciate ligament reconstruction and were ready to return to a pivoting/cutting sport and 47 healthy, control individuals. Each subject was followed for injury and athletic exposure for a 24-month period after returning to play.

Twenty-three of the Anterior cruciate ligament reconstruction individuals and 4 control subjects suffered an ACL injury. Within the Anterior cruciate ligament reconstruction group, there also appeared to be a trend for female subjects to be two times more likely to suffer an injury on the opposite knee than on the previously injured one.
​​
Overall, 29.5% of athletes suffered a second ACL injury within 24 months of returning to activity with 20.5% sustaining an opposite leg injury and 9.0% incurring graft re-tear injury on the same leg. A higher proportion of females (23.7%) suffered an opposite leg injury compared to males (10.5%).

Recently, doctors addressed the epidemic of anterior cruciate ligament injuries among young athletes, and the large number of patients who have surgery to reconstruct a torn ACL and undergo a second knee operation later on. Compiling statistics from a New York State database, researchers found that eight percent of patients with a primary ACL reconstruction had another ACL surgery, and 14 percent had non-ACL knee surgery at a later date. Researchers noted that the study may underestimate the actual number of repeat ACL tears, as the database only included patients who underwent surgery, and did not include those who chose not to have additional surgery.

So what are your options?

The ACL’s main function is to keep the thigh and shin bones aligned within the knee. When the ACL is not there, the job of knee stability is then taken up by the tendons and other ligaments of the knee. Because this was not their intended job, osteoarthritis can develop more rapidly. It may be possible however to strengthen these connective tissues in the ACL deficient knee and allow the athlete to return to sport. Please email below your case or questions so we can assess if this may be a realistic options for you.

Stem cell and PRP injections for musculoskeletal conditions are not FDA approved. We do not treat disease. We do not offer IV treatments. There are no guarantees that this treatment will help you. Prior to our treatment, seek advice from your medical physician. Neither Dr. Darrow, nor any associate, offer medical advice from this transmission. This information is offered for educational purposes only. The transmission of this information does not create a physician-patient relationship between you and Dr. Darrow or any associate. We do not guarantee the accuracy, completeness, usefulness or adequacy of any resource, information, product, or process available from this transmission. We cannot be responsible for the receipt of your email since spam filters and servers often block their receipt. If you have a medical issue, please call our office. If you have a medical emergency, please call 911.