How fast does degenerative disc disease progress in the neck? Is surgery justified?

I regularly see patients who have been told by another doctor that they need a neck surgery to prevent the further degeneration of their cervical spine. Some of these patients are very frightened by what their doctor told them. Some were told that if their symptoms progress they could risk permanent damage to their ability to function maybe to the point of paralysis.

Research has strongly suggested that many patients decide on cervical fusion surgery because they fear a progression of their problem that will lead to permanent disability. However, follow-up data on patients with degenerative disease of the upper (cervical) spinal vertebrae show little or no evidence of worsening degeneration over time. In 2013, doctors published findings that suggested that the majority of these patients may be stable and do not develop progression of disease or catastrophic neurologic deficits.

The researchers identified 27 patients with cervical degenerative spondylolisthesis (a slipped disc causing nerve pressure) for inclusion in their study.(1)

Here is what they found. For many of you, this terminology may sound familiar and you may recognize that your MRI included many of these terms.

CONCLUSION:
The natural history of cervical degenerative anterolisthesis and retrolisthesis seems to be stable during 2 years to nearly 8 years. Although those with retrolisthesis seem to have a higher propensity to increase their subluxation, none experienced dislocation or neurological injury. 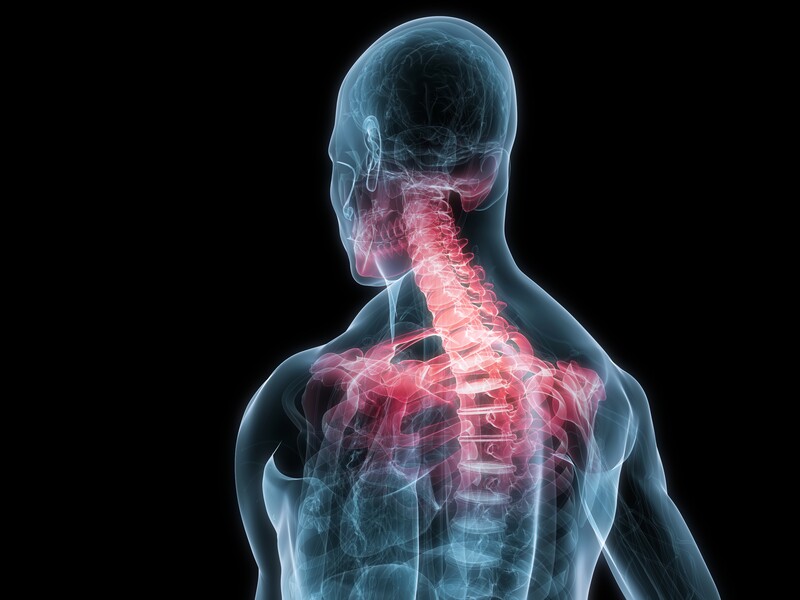 In 2019, the same researchers followed up six years later

In their 2019 follow up paper published in the prestigious medical journal Spine (2)  the researchers continued looking for progression for cervical spine slippage. They noted that in their previous study described above that 2- to 7-year follow-up showed that degenerative spondylolisthesis of the cervical spine did not progress. The purpose then of this study was to see if longer-term follow-up would reveal that these patients neck slippage actually do progress over time.

Observation, rush to surgery NOT endorsed by researchers

Doctors at the Rothman Institute, Thomas Jefferson University and Hospitals found: “With many surgeons expanding their indications for cervical spine surgery, the number of patients being treated operatively has increased. Unfortunately, the number of patients requiring revision procedures is also increasing, but very little literature exists reviewing changes in the indications or operative planning for revision reconstruction.” (3)

What these researchers are saying in their study is that doctors have broadened the criteria for neck surgery so more can be justified. However, the literature is not keeping up with ways to help the increasing new group of failed neck surgery patients.

Compounding this is the always present rush to surgery spurred on by MRI. Doctors at Yale University suggested to doctors not to solely rely on MRI readings when evaluating patients for neck pain treatment: “Physicians should be aware of inconsistencies inherent in the interpretation of cervical MRI findings and should be aware that some findings demonstrate lower agreement than others (in recommending surgery).” (4) This agrees with the first study showing a majority of patients with clearly defined MRI abnormalities who were not at all bothered by neck pain.

Do patients rush to neck surgery because they are tired of pain medications?

The use of opioids or painkillers among people who have been suffering with long-term neck pain sufferers is significant. We see patients all the time who come into the office with a gallon size baggie of current and past medications. What is worse is that many of these prescriptions are not helpful. This is when many patients decide on the surgery. Not because of fear of worsening condition, but rather, fear of opioid addiction and the side effects.

Use of painkillers after surgery is worse

Many people get a good benefit from a cervical spine surgical procedure. Some do not. For those who did not get benefit from the surgery and their physical conditioned worsened, the need and abuse of painkillers became that much worse. Doctors publishing in the medical journal Anesthesia & Analgesia (5) warn against theses abuses of prolonged pain-killer usage after surgery. They reported “Preoperative factors, including legitimate prescribed opioid use, self-perceived risk of addiction, and depressive symptoms each independently predicted more prolonged opioid use after surgery. Each of these factors was a better predictor of prolonged opioid use than postoperative pain duration or severity.”

The investigators of the study suggested that the patients felt or knew that they would be in great pain during the surgical recovery period and that other factors including depression added to this fear. Opioid addiction came easily. The prolonged opioid use after surgery made healing at the least, difficult.

Especially among the older patients

Published in the Archives of Internal Medicine (6) researchers suggested that prescribing opioids to older patients shortly after surgery resulted in long-term analgesic use. The researchers suggested while opioids can be beneficial, they are associated with significant adverse effects such as sedation, constipation and respiratory depression, and their long-term use can lead to physiologic tolerance and addiction.

Chronic neck and back leads to problems of pain management including over-medication. If you have suffered from long-standing pain, chronic prolonged pain surgery and you want to explore ways of finding alternatives to opioid use, let’s explore the possibilities of regenerative medicine.

More research is given in my article: