In the more than 20 years we have been helping patients with their chronic pain, we have seen many people with hyper-extended neck injuries, or, in simpler terms whiplash injury. We have also seen patients who suffered from long-term effects of their whiplash injury until such time as they were diagnosed with Whiplash Associated Disorders (WAD). As noted in many studies including that published in the journal Frontiers in neurology:

As noted, Whiplash associated disorders are a lingering and complex series of problems for patients who have suffered whiplash injury in the past and whose impact continues for years even decades after the initial injury. The complexity of pain issues these patients suffer from leaves many frustrated with their health care providers and leaves some fighting to prove that there is something really wrong with them. If one were to examine the research on whiplash related disorders, he/she would find that most of the new studies center around identifying those patients who cannot be helped or feel helpless.

Some whiplash patients consider themselves “cursed.” We get a lot of whiplash related emails, mostly the person who sends in the email tells us about not only being rear-ended in a car accident once, but two, sometimes three times. It is easy to see why this person would consider themselves “cursed,” at the least “unlucky.” Worsening symptoms including dizziness, headaches, a severe and stabbing pain that starts in the neck and the base of the skull and radiates its way through the upper back, shoulders, arms and hands, and possibly a host of mystery ailments that seemingly have nothing to do with their neck injury.

In our office we have seen Whiplash related disorder be involved with not only the obvious symptoms of neck pain, stiffness and spasms, headaches, shoulder pain, and numbness or tingling sensation all the way into the fingers, but to an extent we see patients who may also report:

The helplessness of these patients can be best expressed by one person’s statement: “My problems are growing. I have pain all over.” 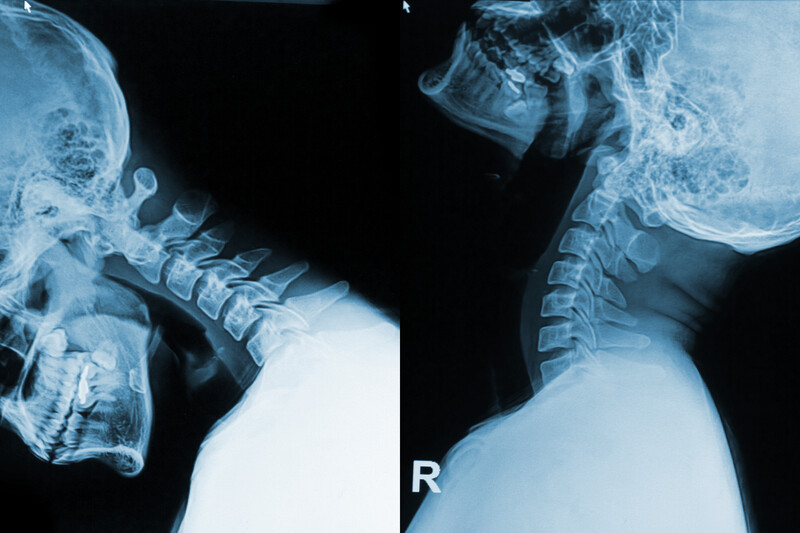 People who suffered from a whiplash injury, can and do have pain all over. In June 2019, doctors reported in the journal BioMed Central musculoskeletal disorders of this mysterious phenomena of “pain all over,” in whiplash patients. They wrote: “A considerable number of patients with whiplash-associated disorders (WAD) report variable and indefinite symptoms involving the whole body, despite there being no evidence of direct injuries to organs other than the neck.”(2)

Doctors in Norway wondered why nearly every whiplash patient (at least 96% of them), had other pain besides the pain caused by whiplash. In their study titled: Pain and pain tolerance in whiplash‐associated disorders, published in the European Pain Journal, (3) the doctors of the study made these observations:

The fact that women report pain in the hip and genital area shows the extent of the problem of whiplash and why some doctors would find it challenging to connect these pain issues with a whiplash injury. The researchers in this study, as well as other studies touch on the worsening of symptoms being possibly related to depression and the patient’s fear of movement causing pain.

There have been many papers over the years which questioned whether whiplash patients should receive early intensive care. This would include physical therapy, chiropractic care, and other treatments. Some papers found early care not to be of benefit, others found it detrimental. Let’s examine a paper that appeared in the journal Archives of physical medicine and rehabilitation. (4) It was presented by medical university researchers in Canada, Sweden and Denmark.

Here are highlights at a glance:

At the time of the accident or sports impact, the victim may have reported that they were not suffering from whiplash related symptoms, but then a day, two days or a week later, suddenly, they would start developing pain in their neck, shoulders and back. When it was reported to the doctor – intensive care was started. This may have included painkillers which have been shown to have caused delayed or inhibited healing on their own.

Waiting for the whiplash injury to develop

Research that was published in the medical journal Spine (5) examined 70 research studies related to treatment and long-term prognostic factors in neck pain and whiplash.Their evidence suggests that:

Research in the The Journal of manual & manipulative therapy records: “current data indicate that up to 50% of people who experience a whiplash injury will never fully recover and up to 30% will remain moderately to severely disabled by their condition.”(7)

A November 2019 study (8) suggests: “Almost 40% of individuals with chronic whiplash-associated disorders report headache after 5 years, making it one of the most common persistent symptoms besides neck pain.”

In our office, treating Whiplash associated disorders begins with the repair and strengthening of neck ligaments. Ligaments are the connective tissue that hold your cervical spine vertebrae in place and your neck in its correct anatomical alignment. It has long been suggested that damage to these strong connective bands of tissue may be THE cause of Whiplash associated disorders. Below I briefly dsicribe PRP and tem cell therapies. These treatments help address the problem of damaged ligaments. When your ligaments are damaged, discs slip and herniate.

When your ligaments are weak, they can no longer hold the neck in proper alignment. When the neck is not in alignment the vertebrae can pinch nerves, constrict arteries, put pressure on your esophagus among other problems that may cause the myriad of symptoms described above.

In their April 2019 update, Cervical (Whiplash) Sprain in the publication StatPearls (10) from the National Center for Biotechnology Information, U.S. National Library of Medicine, Kara J. Bragg of the Mayo Clinic and Matthew Varacallo, Department of Orthopaedic Surgery, University of Kentucky School of Medicine wrote:

“(Whiplash) injury occurs in three stages with a rapid loss of lordosis. (Lordosis means an abnormal neck curvature. It can mean too much of a curve or that the curve is bent or pointed the wrong way, this is called reverse cervical lordosis.)

Both the upper and lower spines experience flexion (hypermobility) in stage one. In stage two the spine assumes an S-shape while it begins to extend and eventually straighten to make the neck lordotic again. The final phase shows the entire spine in extension (hyper-extended) with an intense sheering force that causes compression of the facet joint capsules.Studies with cadavers have shown the whiplash injury is the formation of the S-shaped curvature of the cervical spine which induced hyperextension on the lower end of the spine and flexion of the upper levels, which exceeds the physiologic limits of spinal mobility.”

PRP treatments involve collecting a small amount of your blood and spinning it in a centrifuge to separate the platelets from the red cells. The collected platelets are then injected back into the injured area to stimulate healing and regeneration. Research has shown PRP to be effective in treating degenerative disc disease by addressing the problems of cervical spine ligament instability.

We have found these treatments to be effective and reliable in treating cervical neck instability. Whether these treatments can help needs to be discussed because they do not help everyone.

For more about these treatments please see my articles

Marc Darrow, MD., JD. is the medical director and founder of the Darrow Stem Cell Institute in Los Angeles, California. With over 23 years experience in regenerative medicine techniques and the treatment of thousands of patients, Dr. Darrow is considered a leading pioneer in the non-surgical treatment of degenerative Musculoskeletal Disorders and sports related injuries. Dr. Darrow has co-authored and continues to co-author leading edge medical research including the use of bone marrow derived stem cell therapy for shoulder, hip, knee and spinal disorders.